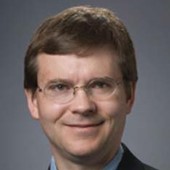 Twin Cities Dermatopathology, a Sonic Healthcare dermatopathology practice is privileged to include Eugene D. Dulaney, M.D., as a member of our medical staff. Dr. Dulaney has an extensive academic background with impressive professional and teaching experience.

Dr. Dulaney graduated magna cum laude with his bachelor’s degree from Brown University in Providence, Rhode Island, where he subsequently received his medical degree and was awarded the John Edward Prize, the Dean’s Prize, and the Stanley Aronson Prize in recognition of his scholastic achievement. Following a medical internship at The Miriam Hospital in Providence, he completed a three-year neurology residency at the Hospital of the University of Pennsylvania in Philadelphia. He then finished epilepsy and clinical neurophysiology fellowship at The Cleveland Clinic Foundation in Ohio, followed by an electromyography and neuromuscular disease fellowship at the University Hospitals of Cleveland.

Dr. Dulaney then garnered more than a decade of professional experience as a Staff or Attending Neurologist in hospitals across Cleveland, including the Mt. Sinai Medical Center, the Cleveland Veterans Affairs Medical Center, and the University Hospitals of Cleveland. He was also an Attending Neurologist at Fletcher Allen Healthcare in Burlington, Vermont, where he later resumed his postgraduate training with a three-year anatomic pathology residency and a dermatopathology fellowship.

While in Vermont, Dr. Dulaney served in a variety of teaching roles at the University of Vermont School of Medicine in Burlington. Here, he was a Clinical Assistant Professor of Neurology, Assistant Professor of Neurology, and most recently, Instructor of Pathology. He then joined the staff at Twin Cities Dermatopathology as a Staff Dermatopathologist, where he has worked since 2012.

Dr. Dulaney is a member of four professional medical organizations, such as the American Society of Dermatopathology and the College of American Pathologists. He holds full medical licensure in eight states, including California, Minnesota, Nebraska, and Wisconsin. He is board-certified in dermatopathology, neurology, clinical neurophysiology, and anatomic pathology.

Dr. Dulaney has contributed to over a dozen abstracts, articles, and book chapters published in peer-reviewed journals and textbooks. He has also given many oral and poster presentations at professional medical conferences.