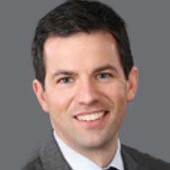 Dr. Jacobson-Dunlop graduated magna cum laude with a bachelor’s degree in economics from Carlton College in Northfield, Minnesota, where he received an award for outstanding achievement in economics. He then received his medical degree from the Oregon Health and Sciences University School of Medicine in Portland. Here, he later finished an anatomic and clinical pathology residency, during which he served as Chief Resident and received the Departmental Award for his outstanding achievement in surgical pathology, becoming only the second resident to receive this award in 20 years. He went on to complete a dermatopathology fellowship at the Ackerman Academy of Dermatology and the State University of New York in New York City.

During his postgraduate training and into his professional career, Dr. Jacobson-Dunlop has held a variety of teaching roles. At Oregon Health and Science University, he served on the Education Committee and the Resident Selection Committee. He was also an adjunct faculty member of pathology and dermatopathology courses at the Minneapolis VA Medical Center and the University of Minnesota, winning the Teacher of the Year Award at the latter.

Since 2014, Dr. Jacobson-Dunlop has been a Staff Dermatopathologist with Twin Cities Dermatopathology. He was honored with our Chairman’s Award in 2016.

Dr. Jacobson-Dunlop is a Fellow of the American Academy of Dermatology and belongs to eight other professional medical organizations, such as the American Society of Dermatopathology and the Pacific Northwest Society of Pathologists. He holds full medical licensure in 11 states, including Washington, Florida, Minnesota and Texas. He is board certified in dermatopathology and anatomic and clinical pathology.

Dr. Jacobson-Dunlop has authored and coauthored many abstracts and articles that have subsequently been published in peer-reviewed journals. He has frequently delivered oral and poster presentations at professional medical conferences both national and international. He is also on the Editorial Board for the medical journal Cutis and a peer-reviewer for the Journal of Cutaneous Pathology.